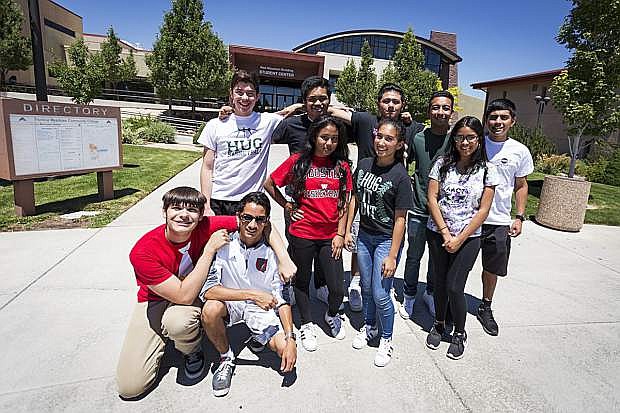 A group of Truckee Meadows Community College students pose in front of the campus. TMCC is one of four Nevada community colleges that will benefit from the Nevada Promise Program.