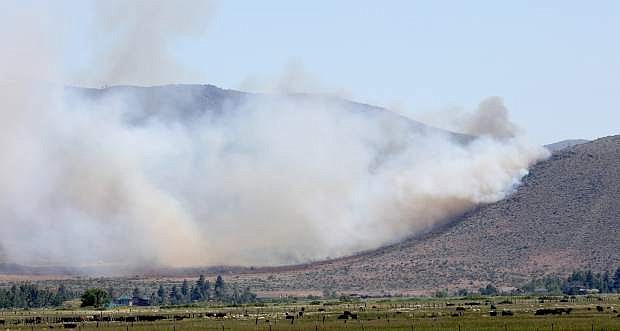 Smoke spreads from a wildland fire in south Carson Valley on Tuesday.