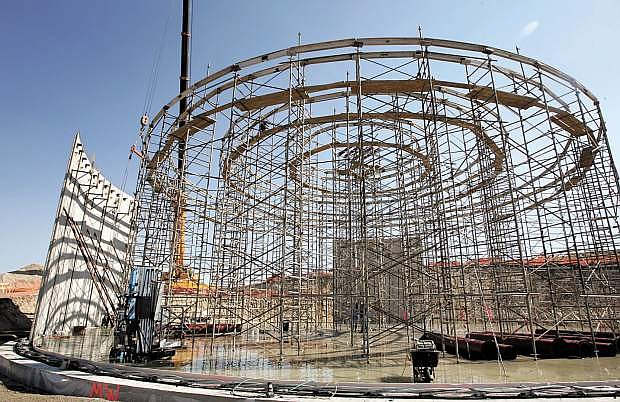 A water tank built in 2010 on Amber Way by the Town of Minden.