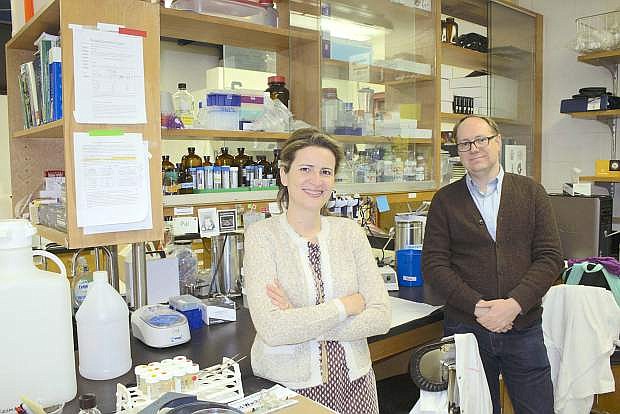 Dylan Kosma and Patricia Santos make up the Kosma-Santos lab at the University.