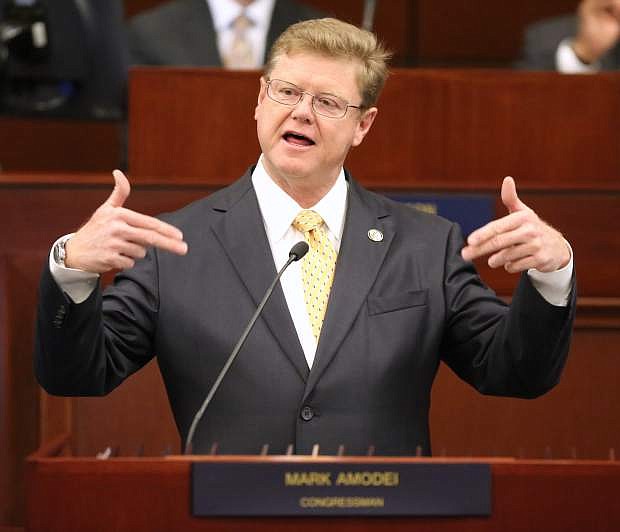 Congressman Mark Amodei speaks at the State Legislature on Monday.