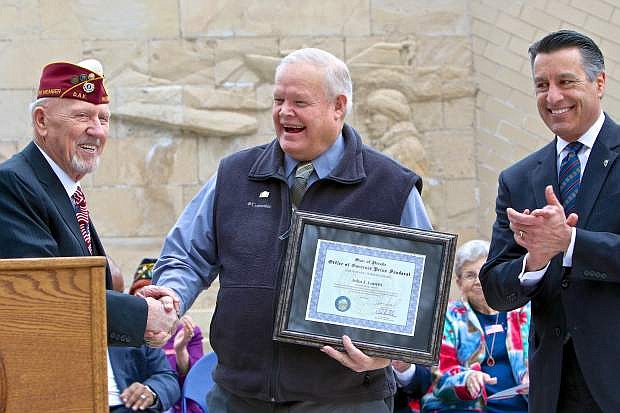 Marine Corps veteran John Louritt is recognized as Veteran of the Month Wednesday during the 2017 Veterans and Military Day at the Legislature.