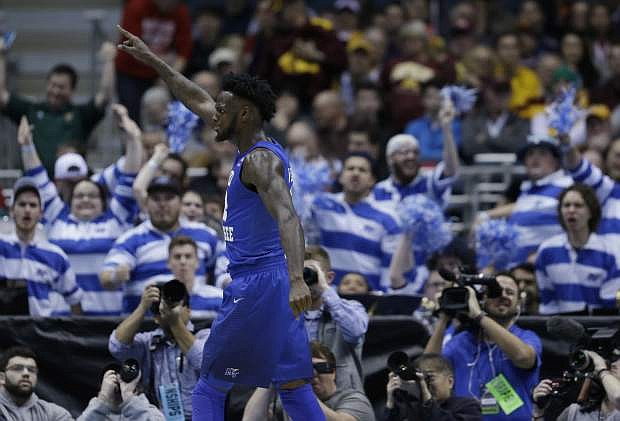 Middle Tennessee State&#039;s JaCorey Williams celebrates during the second half against Minnesota on Thursday.