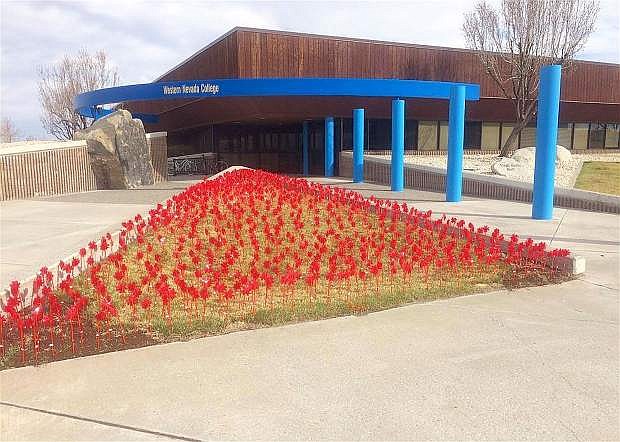 Western Nevada College Fallon planted pinwheels at both Getto and Pinon Halls to empower students and staff in seizing control against tobacco.