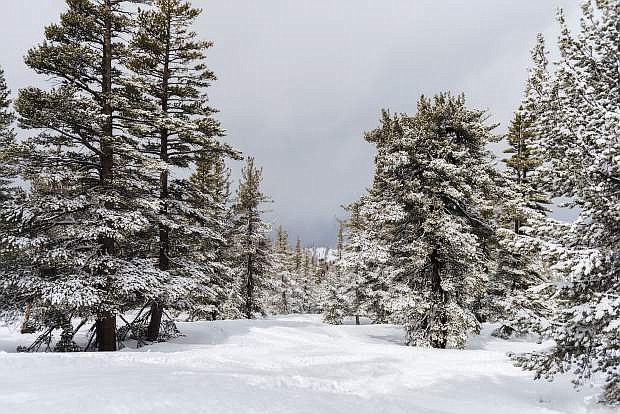 The snowpack is deep at Heavenly Valley Ski Resort at South Lake Tahoe. More snow is expected this weekend.