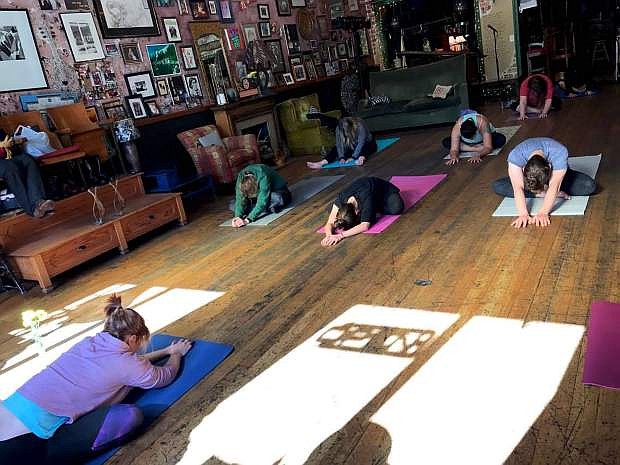 Some of the Community Yogi classes take place at Comma Coffee every Sunday morning, directed by CEO Allison Reitz.