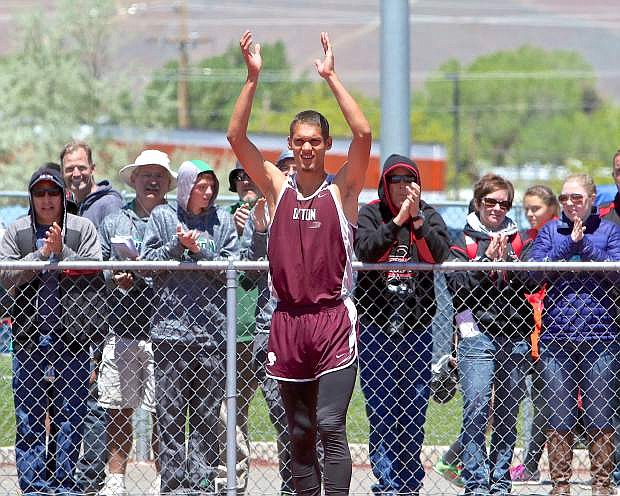 Dayton&#039;s J.J. Ply rallies the crowd as he attempts 7-feet during the high jump event at the regional championships.