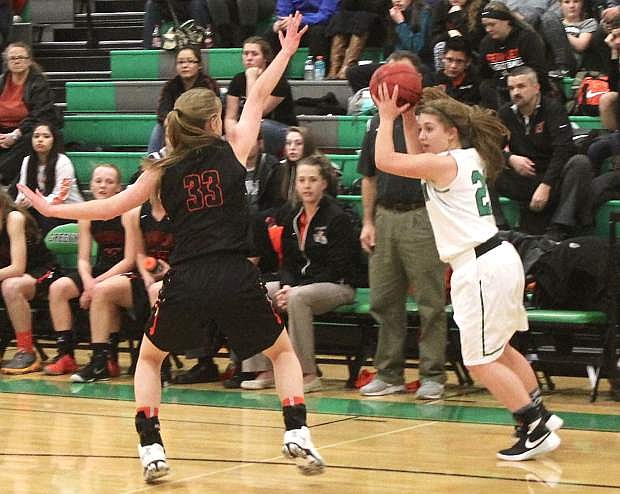 Zoey Swisher, right, was selected to play in the 2017 all-star basketball game, but did not attend due to a prior commitment.