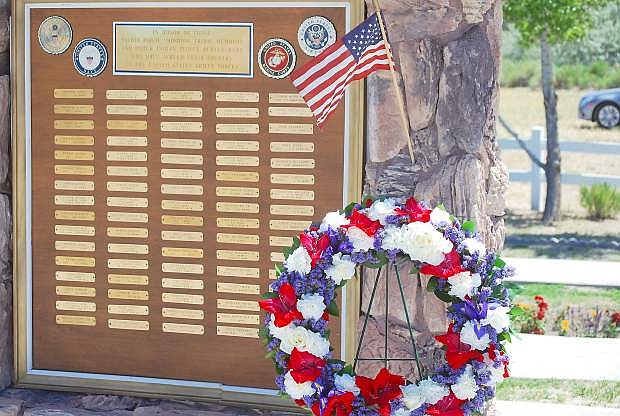 A wreath is placed every Memorial Day by the names of military service members at the Fallon Paiute-Shoshone Tribal Cemetery .