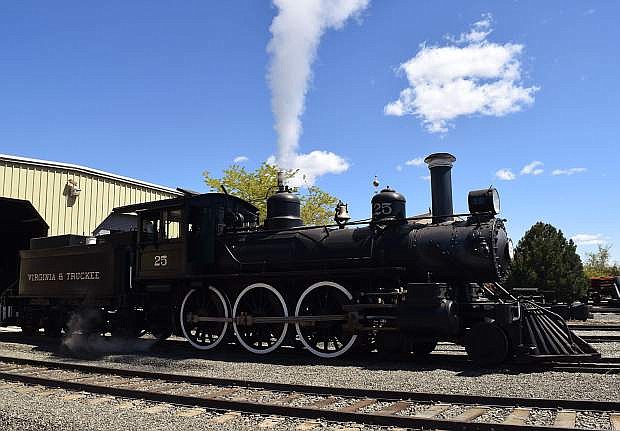 The steam locomotive No. 25 warms up on the tracks at the Nevada State Railroad Museum on May 18. The tracks and grounds damaged by January flooding have been repaired and the museum will resume full activities, including train rides, beginning with the Memorial Day Weekend.