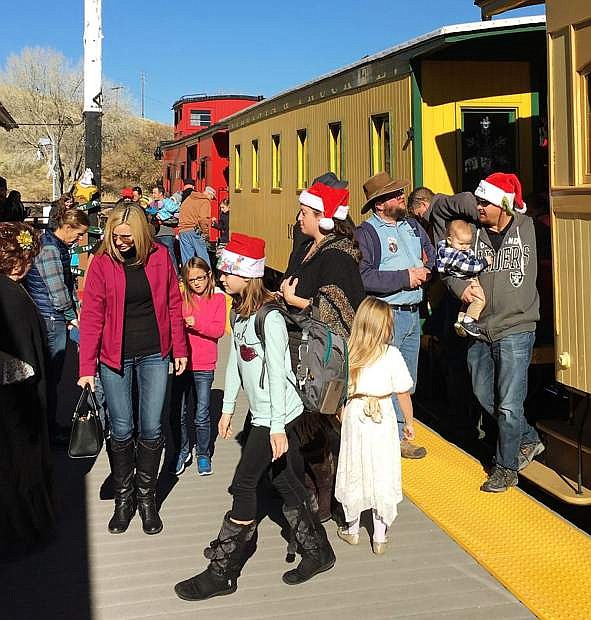 Parents and children depart the rail passenger cars during the 2016 Santa Train at the Nevada State Railroad Museum in Carson City.