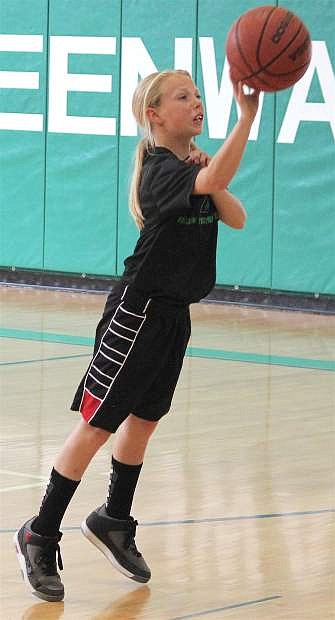 Bailey Skeen shoots for the basket as part of the Churchill County Middle School basketball team.