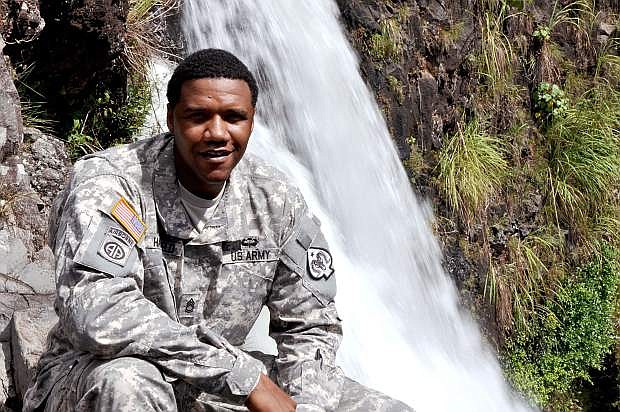 Sgt. 1st Class Charleston Hartfield, 34, a Soldier in the 100th Quartermaster Company headquartered in Las Vegas, was attending the concert when he was shot and killed.