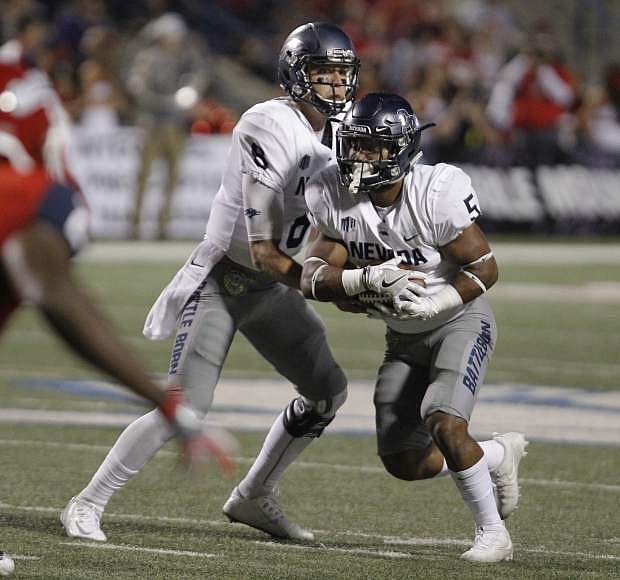 Nevada&#039;s Ty Gangi hands off to Jaxson Kincaide against Fresno State in the first half of Saturday&#039;s game in Fresno, Calif.