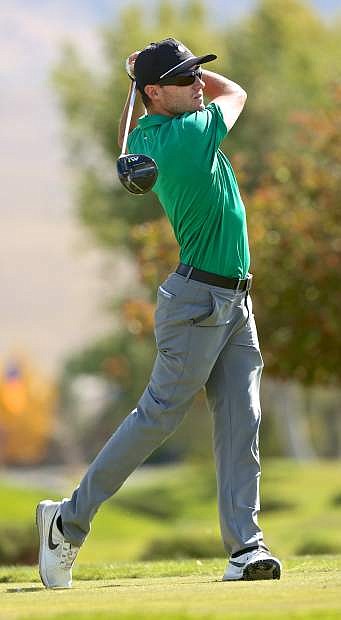 Eddie Olson of Aptos, Ca. tees off on the third Wednesday at Dayton Valley Golf Course.