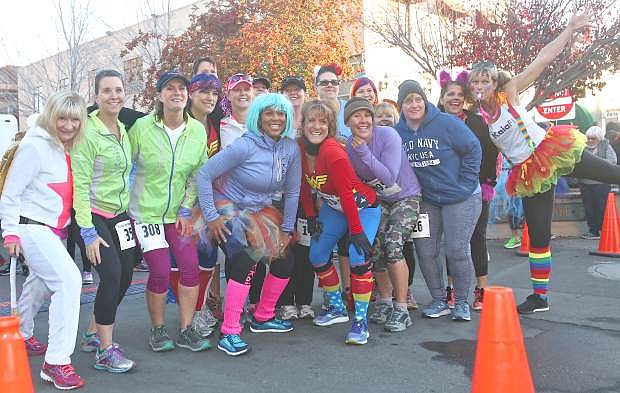 The Kaia Fit crew pose for a photo in Telegraph Square prior to the start of the run/walk Saturday morning.