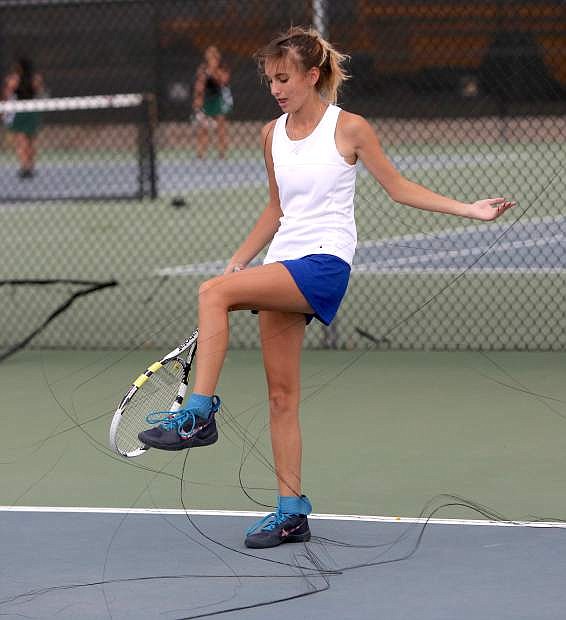 Carson High tennis player Becca Trejo gets tangled in fence netting that shredded due to the high winds by an afternoon thunderstorm on Tuesday. Becca went on to win her singles match against Hug 6-1.