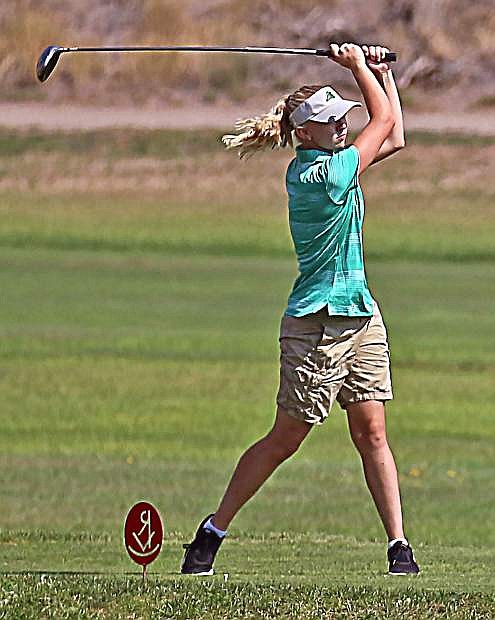 Allison Lister shoots her ball down the course during a two-day tournament in Elko and Spring Creek.