Project to connect Mexico, US, Canada looks for traction 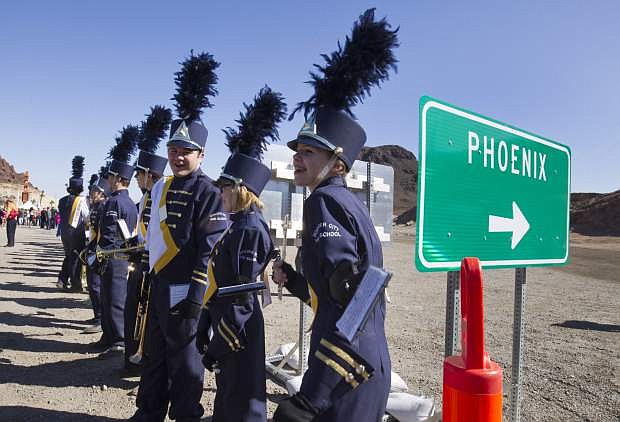 Piccolo player Grace Priest, right, and other members of the Boulder City High School marching band, wait for the start of a groundbreaking ceremony for the Interstate-11/Boulder City Bypass project near Boulder City, Monday, April 6, 2015. The $318 million project is expected to be completed in 2018 and create about 4,000 jobs. (Steve Marcus/Las Vegas Sun via AP)