Fallon pays tribute to those who gave all on 9/11 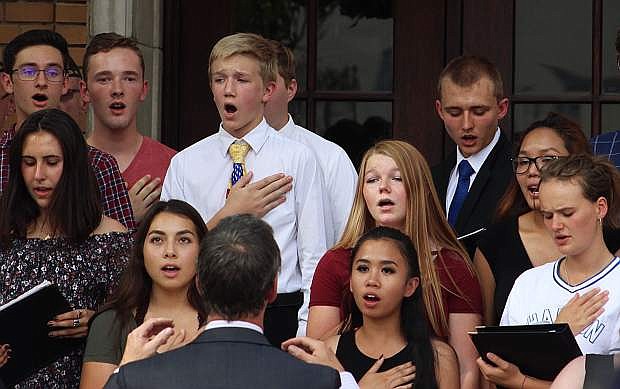 The choir under the direction of Tom Fleming perform two selections including the National Anthem.