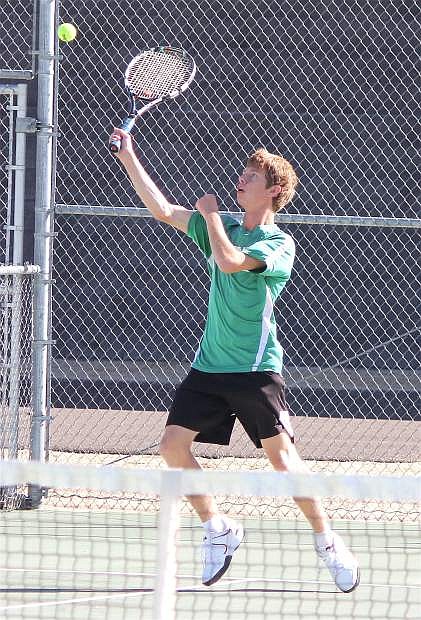 Alex Perazzo leaps to reach the ball during one of his matches against the Sparks Railroaders.