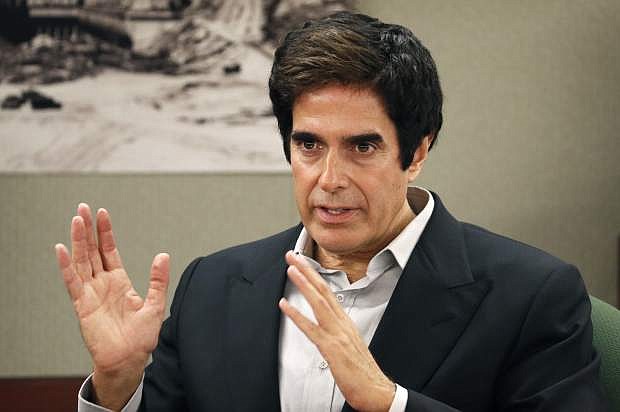 Illusionist David Copperfield appears in court Tuesday in Las Vegas. Copperfield testified in a negligence lawsuit involving a British man who claims he was badly hurt when he fell while participating in a 2013 Las Vegas show.