Overflow crowd turns up for Democrat rally in Carson City 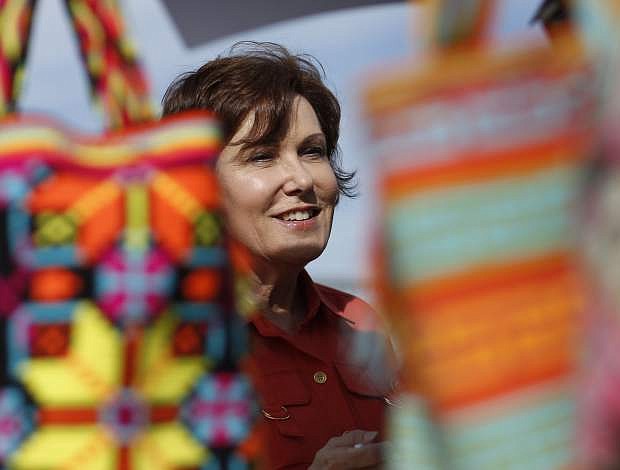 Rep. Jacky Rosen, D-Nev., speaks with vendors at a festival in North Las Vegas on May 5.