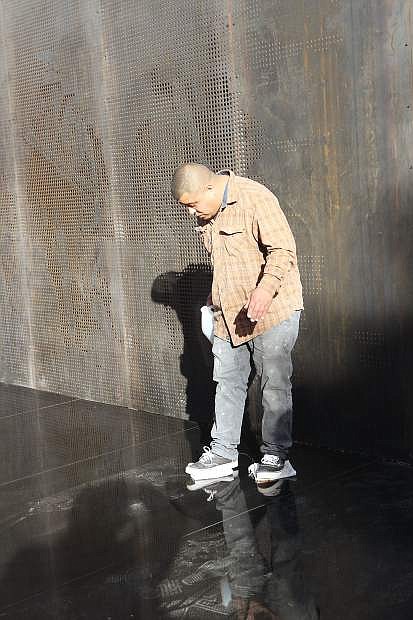 Carlos Iniguez of Premier Tile and Stone goes across the new marble surface of the Battle Born Memorial honoring Nevada&#039;s fallen veterans, polishing it with cloths soaked in Acetone under his shoes.