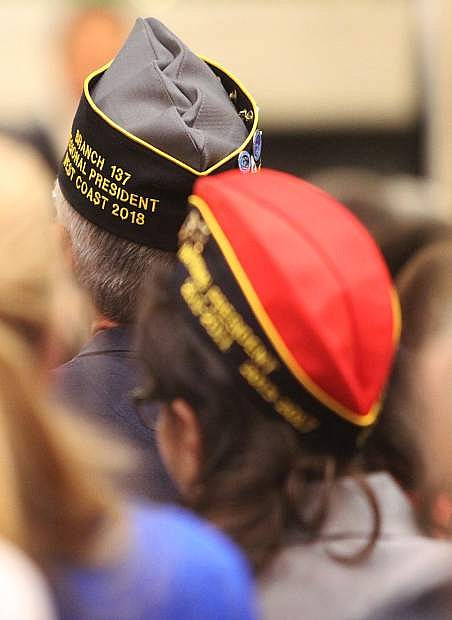 Many veteran organizations attend the ribbon-cutting ceremony for the new Northern Nevada State Veterans Home in Sparks including members from the Fleet Reserve Association.