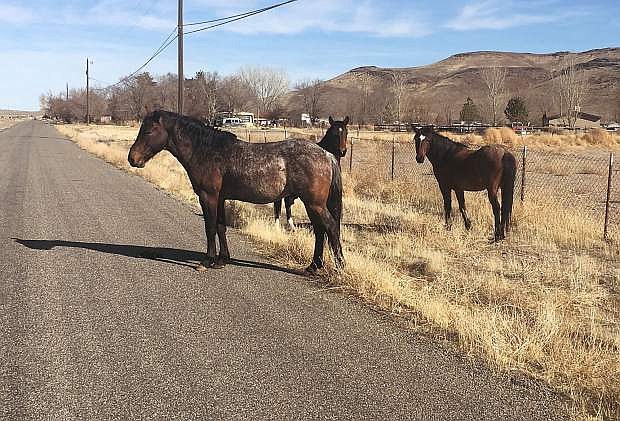 Wildhorses are seen by the side of the road along Highway 50 in Lyon County.