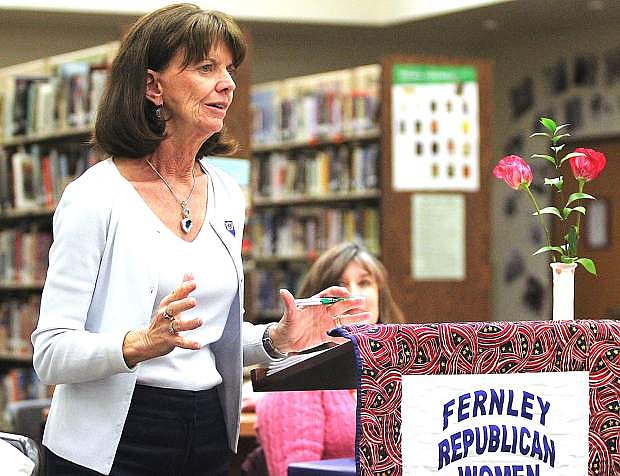 Assemblywoman Robin Titus said Tuesday she is running for re-election in District 38.