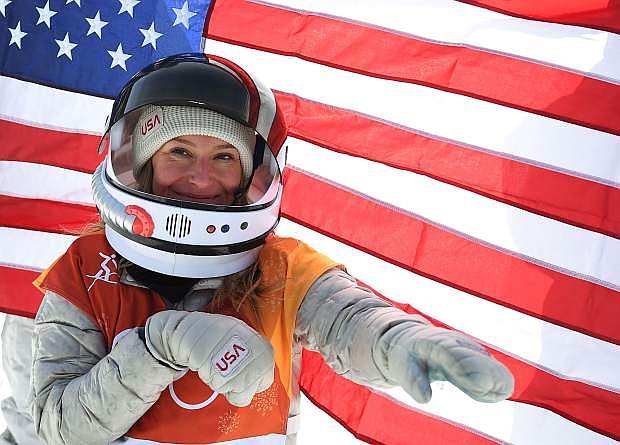 Jamie Anderson was, wait for it, out of this world after winning her second gold medal in slopestyle, this one at the 2018 Winter Olympics in South Korea.