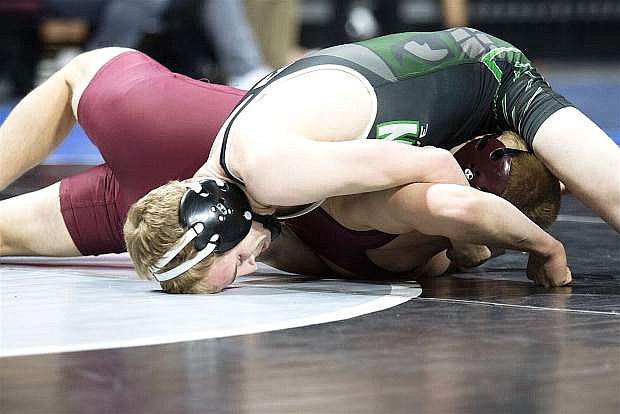 Fallon senior Mason Smith tries to advance in the 3A state tournament at the Orleans Arena on Friday.