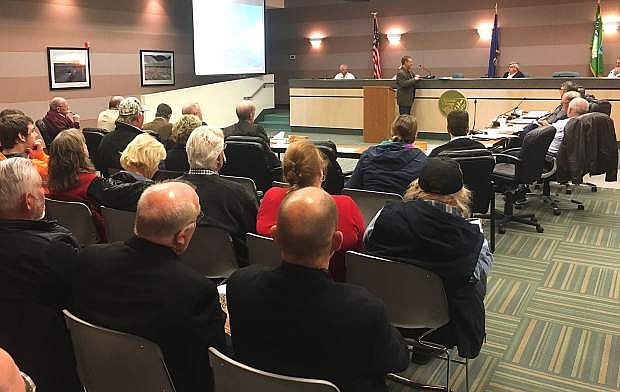 Kip Alexander of the United States Geological Survey presents an overview of the Carson River at a combined county commission meeting on Monday with representatives from Churchill and Lyon counties.