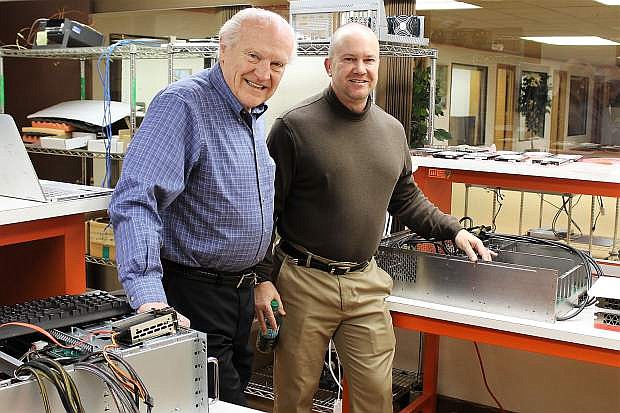 Cubix owner Al Fiegehen (left) and son Eric are creating the next generation of high-speed computers used in artificial intelligence.