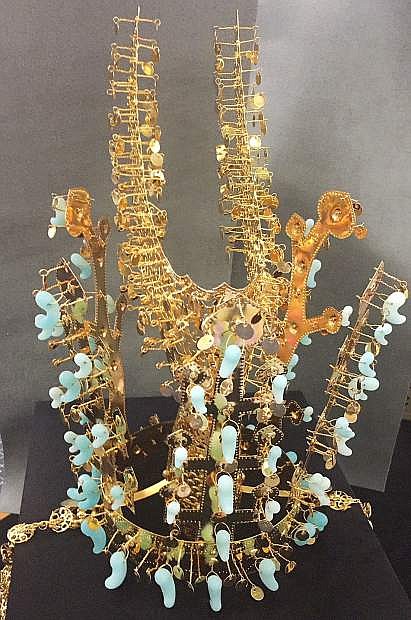 A replica of the Silla Crown, presented to the Nevada State Board of Oriental Medicine in 1974, is one of a number of Korean-related items going on display in the Nevada Stories Gallery of the Nevada State Museum starting Feb. 21 in honor of the 2018 Winter Olympics.