Dozens of wrecks close parts of icy I-80 in Nevada 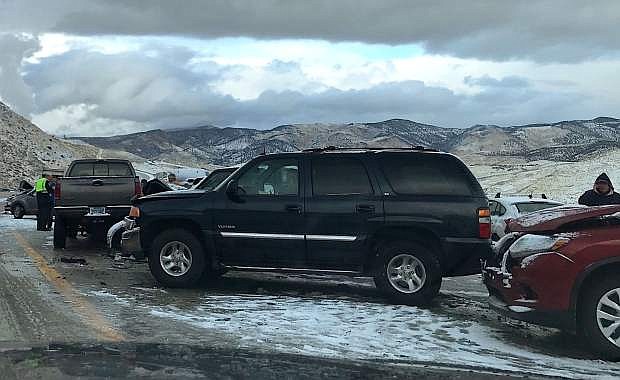