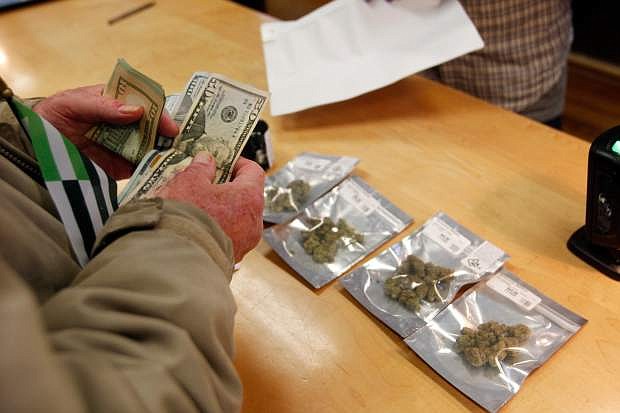 In this Jan. 1, 2018 photo, a customer purchases marijuana at Harborside marijuana dispensary in Oakland, Calif. Attorney General Jeff Sessions is going after legalized marijuana. Sessions is rescinding a policy that had let legalized marijuana flourish without federal intervention across the country. That&#039;s according to two people with direct knowledge of the decision. (AP Photo/Mathew Sumner)