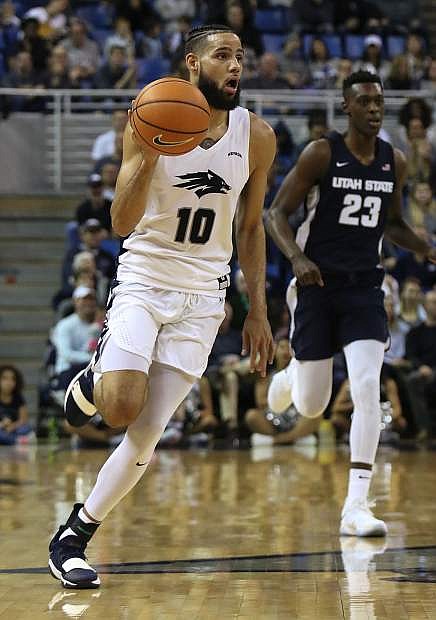 Caleb Martin in action Saturday against Utah State. On Wednesday, Martin led all scorers with 24 points in Nevada&#039;s win at San Jose State.