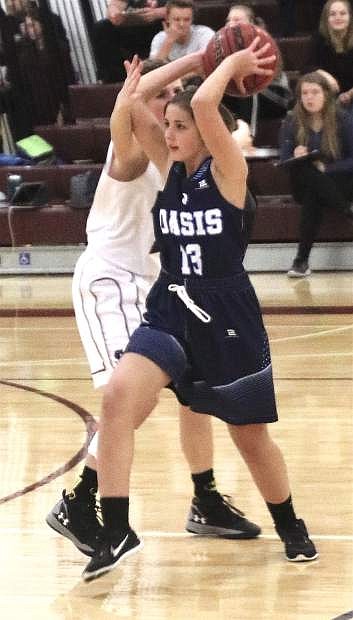 Oasis Academy&#039;s Emma Robinson passes the ball past a Sierra Lutheran player during the Lady Bighorns&#039; opening game of the season.