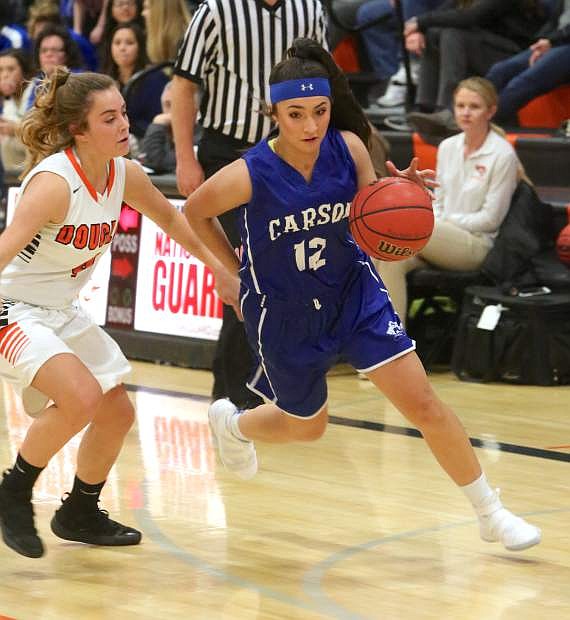 Lilian Bouza drives the ball up the court in a game against Douglas on Tuesday.