Pahrump is more than a town with an unusual name 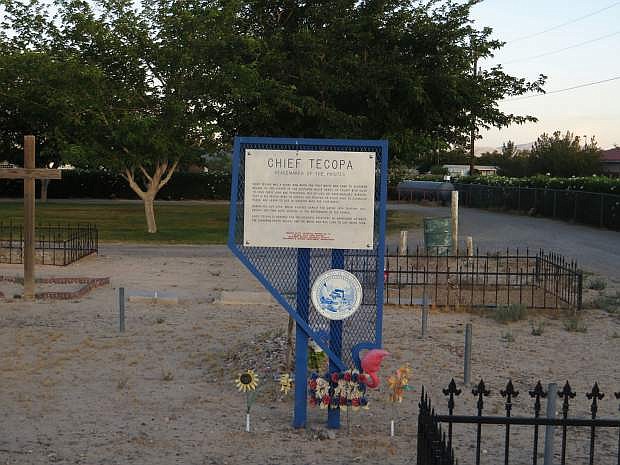 This historic marker at the Chief Tecopa Cemetery in Pahrump commemorates the Southern Paiute leader who was instrumental in the development of the Pahrump Valley.