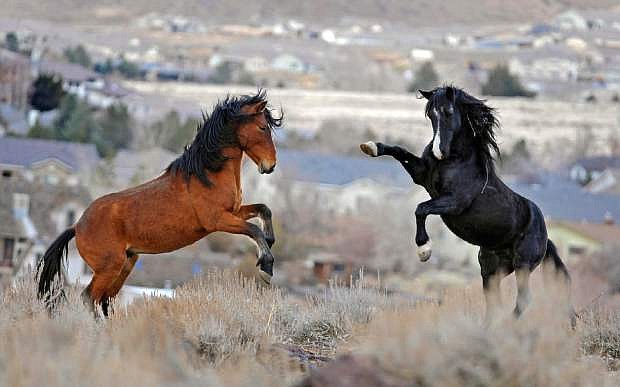 Animal rights activists are suing to block what they say is an unprecedented federal plan to capture thousands of wild horses over 10 years in Nevada without the legally required environmental reviews intended to protect the mustangs and U.S. rangeland.