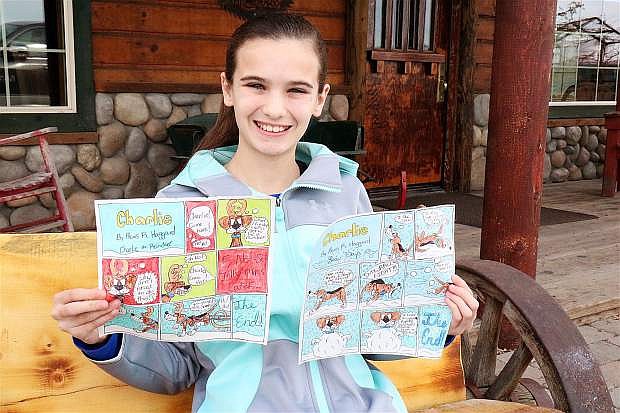 Alexis Haggard, an 11-year-old student of Oasis Academy, creates story lines for her comic series, &quot;Charlie&quot;, on a weekly basis.