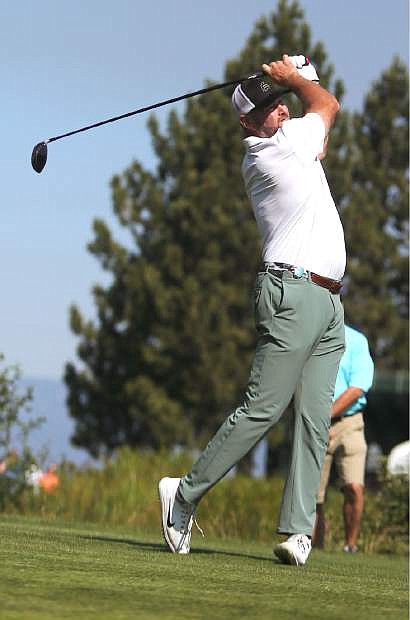 Trent Dilfer starts his final round during the American Century Championship on Sunday in Stateline.