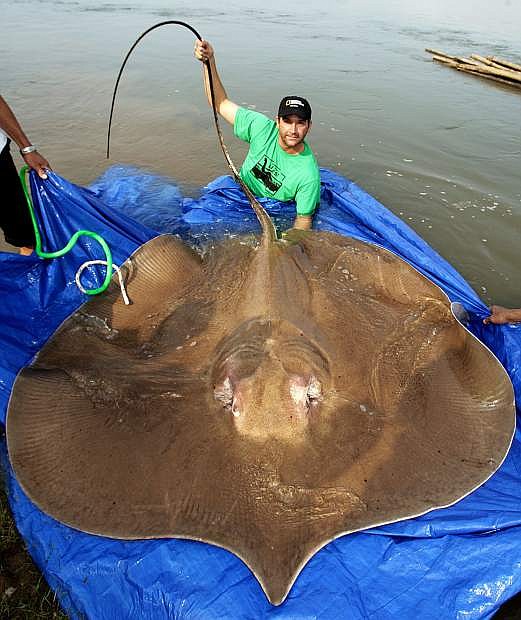 Zeb Hogan, a University of Nevada, Reno professor and host of the National Geographic television program &#039;Monster Fish,&#039; holds the tail of a giant freshwater stingray.