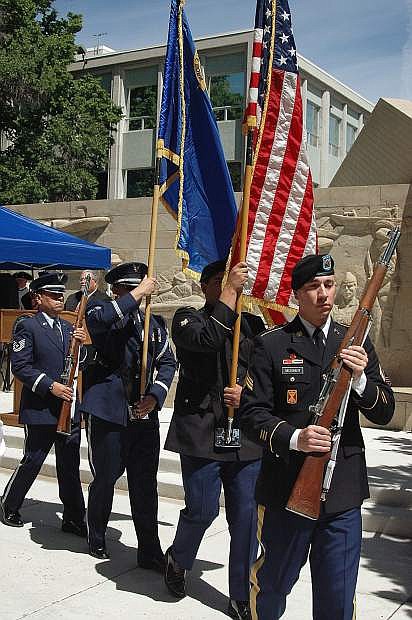 A Nevada National Guard joint color guard presents the colors during the 18th annual Flag Day ceremony at the Nevada Capitol in 2016.