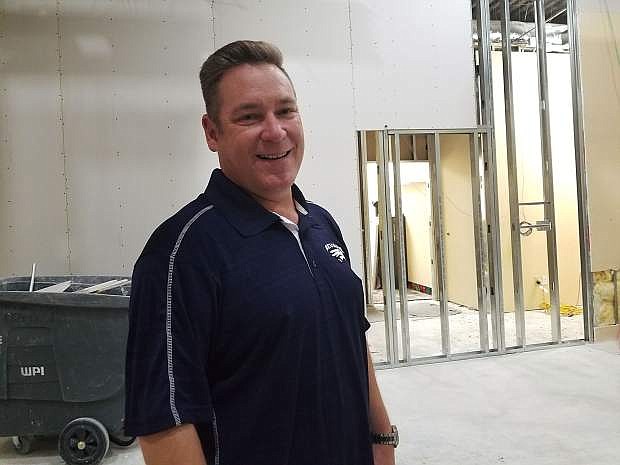 Court Cardinal, general manager, stands in what will soon be the reception area of casino&#039;s 8,000 square foot convention space.