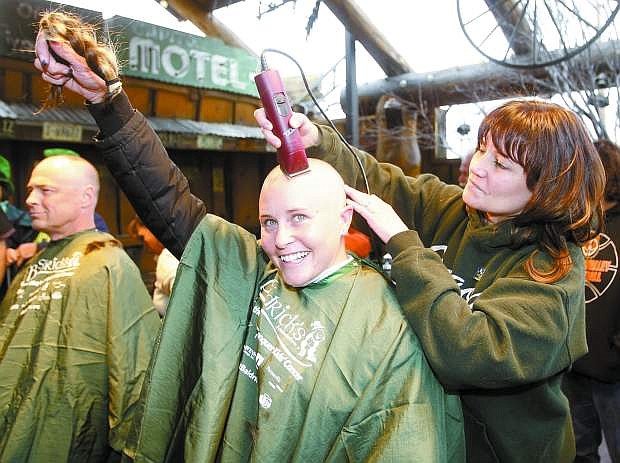 Nevada Appeal File Photo Jessica Wright holds up her braid after getting her head shaved last year during the St. Baldrick&#039;s fundraiser. This year&#039;s event will be Sunday at Red&#039;s Old 395. Proceeds will go to fund cancer-research grants.