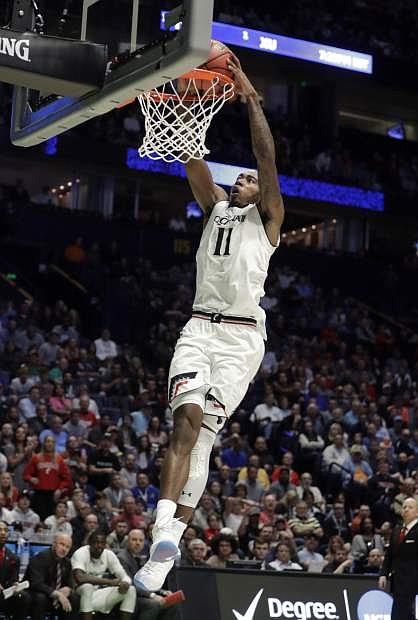 Cincinnati forward Gary Clark (11) dunks in the second half of Friday&#039;s game against Georgia State.